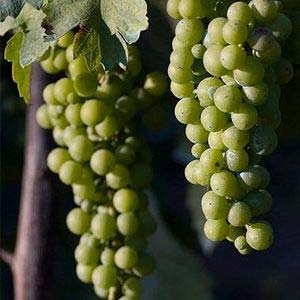 Fiano is mainly cultivated in the province of Avellino, where it is used for the Fiano di Avellino DOCG, and the rest of Campania, but has also spread in Puglia and, recently, in Sicily. The name Fiano seems to derive from the name of a population of Ligurian Apuan Alps overwhelmed by the Romans, migrated in the second century BC in Campania. In this exodus it seems they have brought the Apuan variety, which later became Apiano, then Afiano and finally Fiano.

The Fiano grape is, since the 19th century, found not only in Irpinia but also in the province of Caserta, in Puglia and Basilicata, before, there were only evidence of the grape being cultivated in the Campania region. Fiano prefers volcanic soils, hence Campania, but also grows on clay and heavy soils.

Fiano's berry is white, medium, ellipsoidal with resistant, golden yellow skin with little bloom. The bunch is small to medium, dense, pyramidal with a wing rather developed and with an orbicular, medium-size, three-lobed or five-lobed leaf.

Fiano wines can have great complexity, aromatic finesse and aging potential, examples is Fiano di Avellino DOCG and many other Fiano wines mainly produced in Campania, but can also produce easy to drink white wines.

Now that you know more about the Fiano, taste the wines we stock