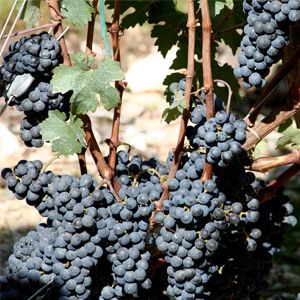 Cabernet Sauvignon is probably the most famous red wine grape variety in the world, it has French origin, Bordeaux and particularly the Medoc and Graves area, but has successfully spread to almost every winegrowing country in the world making it one of the most planted if not the most, grapes in the world.

Cabernet Sauvignon is the main grape variety in plenty of great wines from all over the world and has a large number of common blending partners, but when blended with Cabernet Franc and Merlot, the wine is commonly known as the "Bordeaux blend". Cabernet Sauvignon wines, independently of their provenance, always seem to have a handful of common characteristics, color, tannin, moderate acidity and aromas of blackcurrant and dark spices making its wines very recognisable.

DNA tests have shown that Cabernet Sauvignon is a crossover between Cabernet Franc and Sauvignon and it is a grape that adapts easily to all climates and soil types.

Italy is not exception, and Cabernet Sauvignon is planted all over the country, from Sicily to Friuli Venezia Giulia, vinified on its own or blended with other grapes, from Supertuscany to Chianti, Cabernet Sauvignon is allowed in dozens of Italian wine appellations and it confers the wine its characteristic bouquet and tannins.

Wines made with the grape