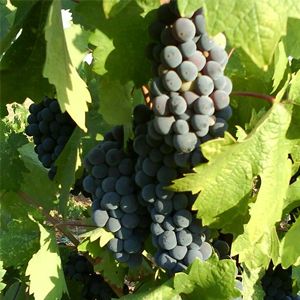 The Primitivo red grape variety is grown all over the south of Italy, from Abruzzo to Basilicata, from Sardinia to Campania, but it is Apulia, Puglia in Italian, that can be considered its home, where it is widely grown and produces the best wines, in particular in the Manduria area.

The origin of the Primitivo grapes are uncertain, but are believed to be of Dalmatian provenance, brought in Puglia by the ancient Illyrian people more than 2000 years ago in the Gioia del Colle area. Its name derives from the early ripening of the grape, the name Primitivo translates roughly as "early one", primi, primo, first.

In the early 19th Century, the Primitivo variety was also introduced in to the United States under the name of Zinfandel where it proved extremely successful, but it was only discovered when DNA analysis showed that Zinfandel and Primitivo were actually the same variety.

Primitivo has endured something of a rollercoaster in the past few decades. In the 1990s, because of its characteristics, Primitivo was mainly used in blends to add color, tannins and alcohol to less gifted grapes, but in the last decade, Primitivo has been enjoying a sort of renaissance and has become one of the Southern Italy’s most known grape and wine and certainly Apulia’s flagship.

Primitivo is produced all over the Apulia region under the IGT appellation, except Manduria, which Primitivo is the only DOC wine. Primitivo di Manduria are made from Primitivo grape grown in and around Manduria, a city located in the province of Taranto facing the Gulf, where Primitivo wines are objectively a step above all other IGT Primitivo wines, they have more elegance and structure and often reach and go above ABV 16% depending on the vintage.

The Primitivo grape produces very intense, dark ruby red wines with a spicy and fruity nose. On the palate is warm, soft, tannic with great structure and persistence and high alcohol content.

Now that you know more about the Primitivo, taste the wines we stock