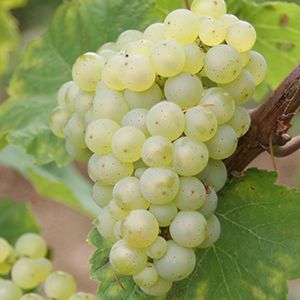 The Nuragus vine is still the most widely grown variety in Sardinia although with a tendency to a gradual reduction of the surfaces. The grape variety is present mainly in the provinces of Cagliari and Oristano which covers an area of approximately 3,300 hectares. Its origin is very old and it is believed that Nuragus came with the Phoenician sailors who first reached the island. The reason for the widespread that this variety has had over the past years must be sought in its rusticity, the adaptability to any type of terrain and, above all, in its productive generosity. The berry is white, medium, sub-oval, with consistent, medium waxy, golden yellow skin. Its bunch is medium to large, conical or cylindrical-conical, often winged and tight. Nuragus grape variety has medium, orbicular, sometimes three-lobed leaf. Nuragus grape variety has medium vigor and time of medium-late maturity; the production is abundant and regular. The Nuragus vine gives a medium alcoholic wine, of delicate straw color, sometimes with slight greenish hues, scents of white flowers, green apples and delicate citrus notes, fruity and pleasantly fresh on the palate. It is used both for traditional vinification, and to produce sparkling or flavored wines.