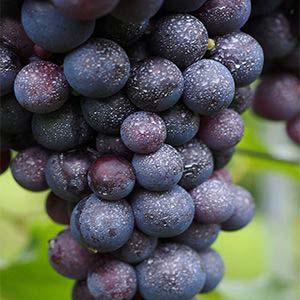 The Corbina vine should not be confused with the Corvina, or rather the “Corbine” should not be confused with “Corvine”, although it is cited in many texts that in reality the two groups of varieties are united. In the 19th century, the Corbina (or “Corbino”) was widespread throughout the Veneto, and at the end of the century the Lampertico cited at least nine varieties, divided into 3 groups. Only in the early 20th century, thanks to Marzotto, the difference between Corbine and Corvine was made clear, but, as already seen, the confusion still reigns today. In Verona at the time both families of vines were cultivated, although Corvine were (as they are) spread in the territories of Bardolino and Valpolicella, while Corbine could be found in the low-Verona, in the area of Legnago in particular. They are widespread today in the provinces of Vicenza, Padua and Treviso. Following the advent of phylloxera and the subsequent destruction of the vines in the Veneto, the rough character and excessive staining of Cobine meant that they were excluded from the recommended varieties for replanting, which contributed significantly to the reduction in cultivation of these varieties. The berry is black, medium, spheroid with waxy, thick, blue-black skin. The bunch is medium, of medium firmness with a medium, pentagonal, five-lobed leaf. The Corbina vine has decent vigor, not very high production in the hills but abundant in lowland areas. The Corbina vine gives an intense ruby red wine, of fruity scent with hints of black cherry. On the palate what stands out is the pretty rough acidity of tannins. The wine's acidity makes it suitable for sparkling wine, especially in the sweet version, where the residual sugar makes up for the rather marked tannins.