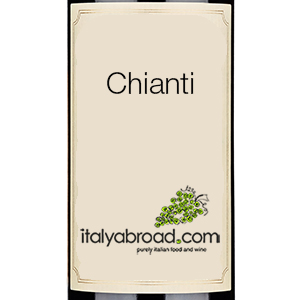 Chianti is possibly the most famous Italian wine, in Italy and abroad. Chianti is a DOCG red wine from Tuscany currently produced in almost the whole region under 8 sub appellations: Chianti Classico, Colli Aretini, Colli Fiorentini, Colline Pisane, Colli Senesi, Montalbano, Rùfina and Montespertoli. However, consumers are little aware of the different appellations and for the majority, the wine is either Chianti Classico or Chianti, with Chianti Classico enjoying a better reputation mainly because of the poor quality chianti that flooded the market in the eighties.

The Chianti DOCG according to its “disclipinare”, government wine making guidelines and wine characteristics, must be made with at least 80% of Sangiovese grapes and the remaining 20% from a list that includes several local grapes, red and whites, each wine maker choosing accordingly to its vineyards and vintage, with nowadays, many opting for a 100% Sangiovese Chianti.

Lastly, in 2014, a new appellation was created, the Chianti Classico DOCG Gran Selezione, produced only in the “classico” area, with even stricter requirements than the Riserva, starting with at least 30 months of ageing in an attempt to boost the public perception of Chianti and move the Chianti Classico away from the bad reputation that the whole Chianti wine currently has with, until now, very little results.

Now that you know more about the Chianti DOCG, taste the wines we stock