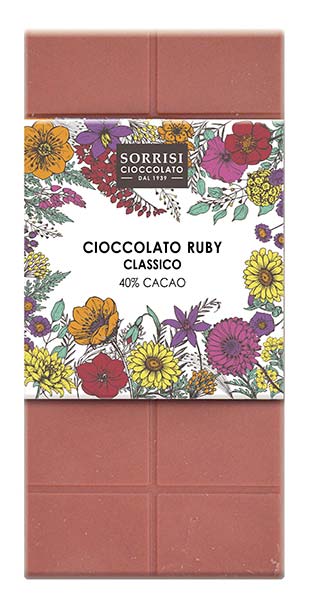 Ruby chocolate, like the name says, is a ruby coloured chocolate, but not because artificial colouring is used, the pink colour comes from the cocoa beans used, they are red and during the roasting process, the cocoa obtained becomes pink.

Ruby chocolate not only has a different colour but also a different taste compared to all other chocolates, with plenty of fruity notes and in this artisan chocolate, with higher cocoa content than commercial chocolate, are even more intense.

Be the first to review Ruby chocolate, Boella & Sorrisi and you will receive 100 points to use against your next purchase